Blockchain in Africa – The Benefits 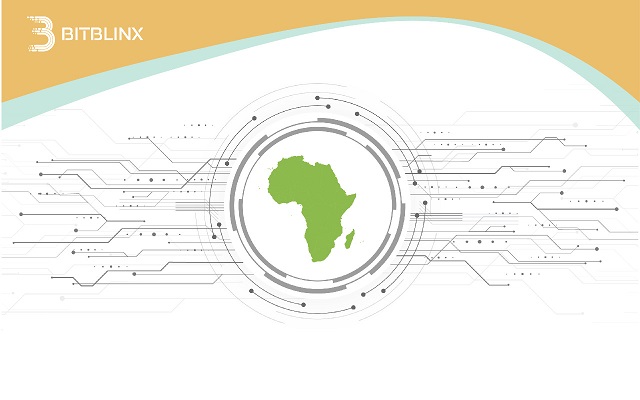 As much as it is devastating to watch, it is even more painful to experience. Many African countries have been unfortunately anguished by tremendous hyper-inflation over the past years. As a result, concerned citizens frantically try to preserve as much value as possible with the given economic circumstances.

Moreover, instincts will naturally gravitate toward seeking more sound financial alternatives. This is where many believe that cryptocurrency and blockchain-based solutions come in. Let’s go into more detail about the opportunities for crypto in Africa, not only for the benefit of Africans but for the crypto and blockchain industry at large.

A brief economic history of Africa

Some of the worst economic calamities in the world have been experienced in the continent of Africa over the past centuries. As the rest of the world’s economy developed at an annual rate of about 2% between 1960 and 2002, the growth performance in Africa was depressing. Moreover, between 1974 and the mid-1990s, growth was negative, so much so, that it reached a negative 1.5% in 1990-1994.

As a result of these declines, hundreds of millions of Africans have become extremely poor. More than half of the continent’s citizens live below the poverty line. Without going any further into the horrible history, let’s get more into detail about the possible bright future. The future that is Blockchain.

The undeniable opportunities for Blockchain In Africa

For obvious reasons a lot of analysts, as well as economists, believe that the continent of Africa is the biggest hub for Blockchain development. They are convinced that African countries have greater opportunities to successfully adopt blockchain-powered currencies now more than ever before.

Although several drawbacks are pointed out when analysing the potential of Blockchain in Africa, such as;

It is no question that Blockchain technology regardless of these, still shows evidence of being very advantageous to African countries in need.

Blockchain Use cases in Africa

Introducing decentralised functionalities to the unstable systems in Africa would help businesses a great deal in their operations. It will also put an end to inefficient ways of governance.

Following are some examples of use-cases that will be very beneficial to African citizens.

Although Africa is considered to be the poorest continent in the world, it is one of the richest when it comes to natural resources and raw materials such as oil and farm products. Hence, the continent focuses on the export of such goods.

That being said, the supply chain system is not the most efficient. It has several middlemen present, which increases the cost and reduces the return on Investment. Smart contracts together with Blockchain is the right pair to solves these issues.

One industry that would benefit severely from the adoption Blockchain in Africa will be the medical sector. African nations face huge challenges when it comes to the efficiency of healthcare systems. The equipment most of the medical facilities use is outdated and or inefficient. Therefore, the incorporation of Blockchain would mean better equipment for the medical staff to carry out their job efficiently. Moreover, it will update and improve their storage systems thereby preserving the privacy of their patients. It would also encourage transparency in the industry as a whole.

The Regulation of Energy Supply

At present, electricity is a huge issue in Africa, especially towards the south. In Countries like Zimbabwe, for example, electricity is only available for seven hours at most a day. This happens every single day nationwide. It is even worse when you consider that people tend to sleep between 10 pm and 5 am.

This living environment is not ideal, neither for the citizens for day to day living, nor for the businesses. Hence, several companies and entrepreneurs are interested in developing energy infrastructures like solar systems and windmills in Africa.

One reservation they have, however, is that of possible misuse as the grid takes over the energy. Nevertheless, Blockchain can come in and solve this problem by recording the transactions to regulate the supply to demand ratio.

Blockchain may also be helpful when it comes to property and identity management in Africa. With a Blockchain-based land registry system in place, farmers in Africa will be well out of poverty. The reason being they will easily be able to document and confirm land ownership.

In countries like Ghana, banks do not give out loans if they are not presented with proof of land ownership. Even if it is brought forward, there are high chances of the loan request still being declined because of a lack of trust, as the documents can easily be forged. Therefore, if Blockchain was brought into the mix, then the owner could be confirmed using an immutable blockchain, and this problem would be solved.

Is Blockchain the solution to Africa’s problems?

The opportunities that Blockchain brings forward are momentous. More so if adoption is by public officials in an environment that is regulated. To ensure the successful implementation of blockchain in Africa the Governments of the continent’s countries that are keen to invest in the technology can leapfrog previous inefficient systems. They can lead the way for the rest of the world by using blockchain technologies in public service industries.

The issues in Africa are many and they do need solutions as soon as possible. Some, if not all these problems can be solved with some important principles which are inherent to the blockchain. Principles such as decentralisation and transparency.

Africa has so many damaged systems that need to be repaired, these include elections, energy services, international remittance and alternatives to banking.

Interest in Bitcoin and Blockchain has been growing fast in Africa. Many countries on the continent such as Zimbabwe, Ethiopia, Kenya and others are already testing out the use of Blockchain and crypto payments for their services.

Kenya is one African country that is most keen on Blockchain and implementing it in its system. With the country incorporating cryptocurrencies in their financial environment, their small and Medium businesses benefit. Kenya can now accumulate credit scores as well as receive loans for their investments.

Moreover, entrepreneurs and organisations in the country are partaking in a race of crypto mining using their powerhouse hardware and software. Ether, Bitcoin and several other cryptocurrencies will then be used for business funding, crowdsourcing and many other purposes. Once the use of Crypto in Africa grows, understanding how the price of Bitcoin moves, is of utmost importance.

Another country that is already experimenting with Blockchain use cases is Sierra Leon. In the March 2018 elections, a swiss organisation called Agora utilised its technology to see if the Blockchain could be used to aid in the transparency of national elections. Even though there were slight differences in the results, that experiment showed evidence that Blockchain could be used to improve and develop the current voting system as well as guarantee transparency and trustworthiness in elections.

Golix, a company based in Zimbabwe is another example of blockchain success. The implementation of the technology has taken place by introducing the first-ever Bitcoin ATM in Zimbabwe. Now locals can insert their US dollars into the ATM and buy Bitcoin.

This new crypto-ATM gives everybody and anybody access to an e-wallet and therefore, to Bitcoin. Moreover, it also provides a safe entry into international markets. This is very important for an economy that has experienced many cash shortages and hyperinflations.

A lot of citizens in African countries no longer trust traditional banking systems, which is quite understandable. Therefore Africans seek and wait impatiently for the day they will experience financial freedom and security. For this to be possible there is a lot of work still to be done to make sure that Blockchain reaches its full potential in Africa.

With economic crisis’ gets worse and national currencies continue to falter, the interest in cryptocurrencies continues to escalate. Blockchain can be a practical solution to a real-world issue, which if implemented in a country that has been hit by inflation can change a lot of lives for the better.

To be part of the Blockchain and Cryptocurrency revolution, do not hesitate to open an account with BitBlinx.