Bitcoin Cash Explained, what is it? 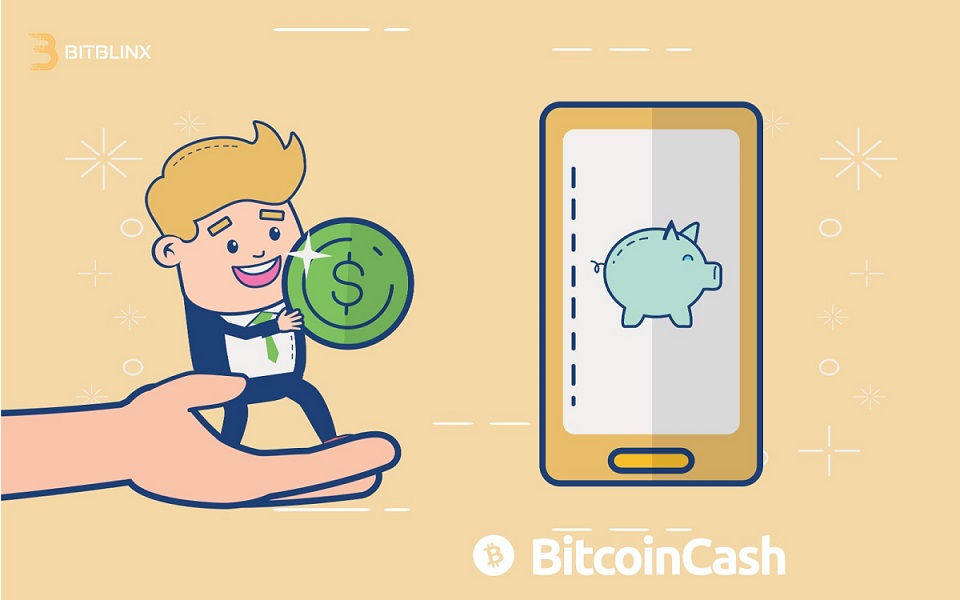 As a new cryptocurrency investor, however, you are probably more familiar with Bitcoin but are asking yourself these three questions:

BCH and BTC are related but distinct blockchain-based currencies because Bitcoin cash was ‘Hard-Forked’ off the latter’s blockchain. To understand how different BCH is from BTC, we need to find out first, what a Hard-fork – the computer programming procedure that created BCH is, and why it was done.

A hard fork is when a blockchain is split into two chains. When this happens anyone holding the coin/coins at the time of this split, ends up getting a copy of the same coins (they essentially get “free coins.”). The new set of coins are the same as the other ones, but different because they are operating on a new chain.

Think of a Hard fork as a surgical procedure conducted by Doctors to separate a set of biologically-conjoined Siamese twins, into two.  Let’s assume that before the operation, the twins had a disagreement on which country each wanted to go live in. So they decided that it was in each other’s best interest to undergo a medical operation that would separate them so they could each move on with their own individual lives.

Up until the time of the operation, the twins shared the same body parts, sensory experiences, memories and sometimes thoughts, but after the separation, each of them remains with the memories they once had while they were one body. Each later moves on to pursue a different life but retains a copy of the feelings and experiences they once had together.

This is the same scenario between BCH and BTC. Up until the 478558th block on the chain, Bitcoin and Bitcoin cash were one code. They shared the same size of blocks and computer programming rules but thereafter, Bitcoin cash split off to follow the new programming rules. Although the coins (memories/experiences) that Bitcoin-cash went away with after the separation are the same as the ones Bitcoin stayed with, these coins are now called Bitcoin-Cash Coins.

So why was Bitcoin Cash created?

Good question, and to answer it, let’s first look into what problem Bitcoin Cash (BCH) and its blockchain solves and what motivated the creators of Bitcoin to create it. If you also want to understand better how Bitcoin Price moves, read our article.

If you already know about Bitcoin (BTC), then you would know its limitation also, which is scalability. Put simply, it was hard for Bitcoin to accommodate and support an increasing number of transactions on its network.

In fact in late 2017, whenever the Bitcoin network experienced unusually high traffic due to increased public usage of Bitcoin, a single Bitcoin transaction could take up to almost a week to get confirmed on the network. The only thing, one had to do to have their transaction processed faster, was to pay an extra transaction fee of as high as $28 on top of the amount they were sending. This delay and the need to pay high fees made Bitcoin impractical for making small purchases, of as little as $10.

Why was Bitcoin unable to process transactions fast?

Bitcoin’s system was since its inception, inherently designed to prioritize Decentralization and Security over Scalability.

According to Vitalik Buterin a renowned Blockchain developer, any blockchain system can be measured by how well it fulfils the following 3 qualities:

Achieving decentralization, security, and scalability is a difficult task for any blockchain. In fact, if a Blockchain system chooses to prioritize decentralization and security (like how Bitcoin and Ethereum were designed to do this). Then in one way or another, its ability to handle faster and cheaper transactions effectively (Scalability) will be compromised.

For example, although Bitcoin is decentralized and secure, when it comes to scalability, it cannot compete with centralized financial systems like Paypal, Mastercard or Visa which according to an IBM Research conducted back in 2010, “Visa can process about 24,000 transactions per second.”

How are transactions on the BTC/BCH network processed?

A block (1MB in size) is basically a collection of digital transactions (at this moment in time, still unconfirmed transactions)

Since a block is 1MB in size, it can only hold a maximum of 4000 transactions (i.e 1MB/250bytes). Also during this process of packing transactions into blocks, priority is given to transactions that carry a higher fee (it is an incentive to the miner). Higher-fee transactions from the Mempool, are snatched and packed into the block first because they reward the miners better.

Mining is the process by which a block containing unconfirmed transactions from the Mempool, is scanned (hashed) by a miner. The miner identifies if it has a special signature that qualifies it to get added to the chain (blockchain).  The time this scanning process takes to complete also called the Block-time is approximately 10 minutes.

If miners are picking and confirming a maximum of 4000 transactions every 10 minutes, it means that the Bitcoin network is processing transactions at a rate of 7 transactions per second.

On the other hand, the rest of the blocks that didn’t pass this scanning test in Step 4, are discarded and their contents (unconfirmed transactions) poured back in the Mempool. Then they can get picked up once again by miners and packed in another block during the next round of packing.  So if our transaction TXab ended up in any of these discarded blocks, it will be poured back into the Mempool for further consideration during the next round when a miner is packing transactions in a new block.

So, if only a maximum of 4000 transactions, as described in Step 3 above are getting processed every 10 minutes, what could happen if the Bitcoin network gets flooded with millions of transactions to process in the 10 Minute window?

This is one of the questions that served as the basis for the Block-size debate within the Bitcoin community. This question led to the hard fork that created Bitcoin Cash.

When the Mempool is congested, a transaction in this pool could take longer to get snatched by the miner and packed in the 1MB-sized block. This is because the priority is given to transactions having a higher fee on them, and yet these 1Mb blocks can each accommodate a maximum of only 4000 transactions at a time.

As the global adoption of Bitcoin grew, the Bitcoin network witnessed a substantial increase in delays of processing of transactions on the network during periods of network congestion. Longer transaction confirmation times were undermining the core advantages that justify BTC as a reliable global payment system.

In 2017, debates about adjusting the Blockchain’s block size to solve this issue started heating up among businessmen, developers, and miners within the Bitcoin community, with one camp proposing that the block size be increased to 8MB while the other camp insisted on remaining with the 1 MB blocks.

Fewer nodes operating on the network would lead to a more centralized network which contradicts the initial concept of why Bitcoin was created – to be a decentralized censorship-resistant network. Simply put- Increasing block size to scale the network, would mean trading -off decentralization for scalability and risking the security of the network – a typical scalability trilemma.

How was Bitcoin Cash created?

On August 1, 2017, after block height 478,558 of the original bitcoin chain, the 8MB size Blocks camp, went ahead and implemented their plan of increasing the Bitcoin block size limit by making a software programming upgrade (8MB Sized blocks) on the Bitcoin Blockchain which caused a hard fork.

Bitcoin Cash’s creation in 2017 was timely because it coincided with the time when traffic on the Bitcoin network was congested and transactions had become costly and could take up to four days to complete. Most Bitcoin users at the time opted to use Bitcoin Cash as a new alternative to Bitcoin.

Ever since then, the adoption of BCH by merchants worldwide has grown which has contributed to the coin’s success and valuation. The full list of merchants currently accepting Bitcoin cash payments can be seen in this curated directory.

3 ways you can benefit from Bitcoin Cash?

As far as network security and decentralization is concerned, the Bitcoin network fairs well. However, the Bitcoin cash Network has a more compelling use-case because it solves the scalability issue that the Bitcoin network was challenged with. Bitcoin Cash has become an efficient tool for moving money around the world, and as more users adopt it, its value will grow exponentially, making it a worthy investment for you to consider.

If you wish to trade Bitcoin Cash now, sign up for a free account here and start.